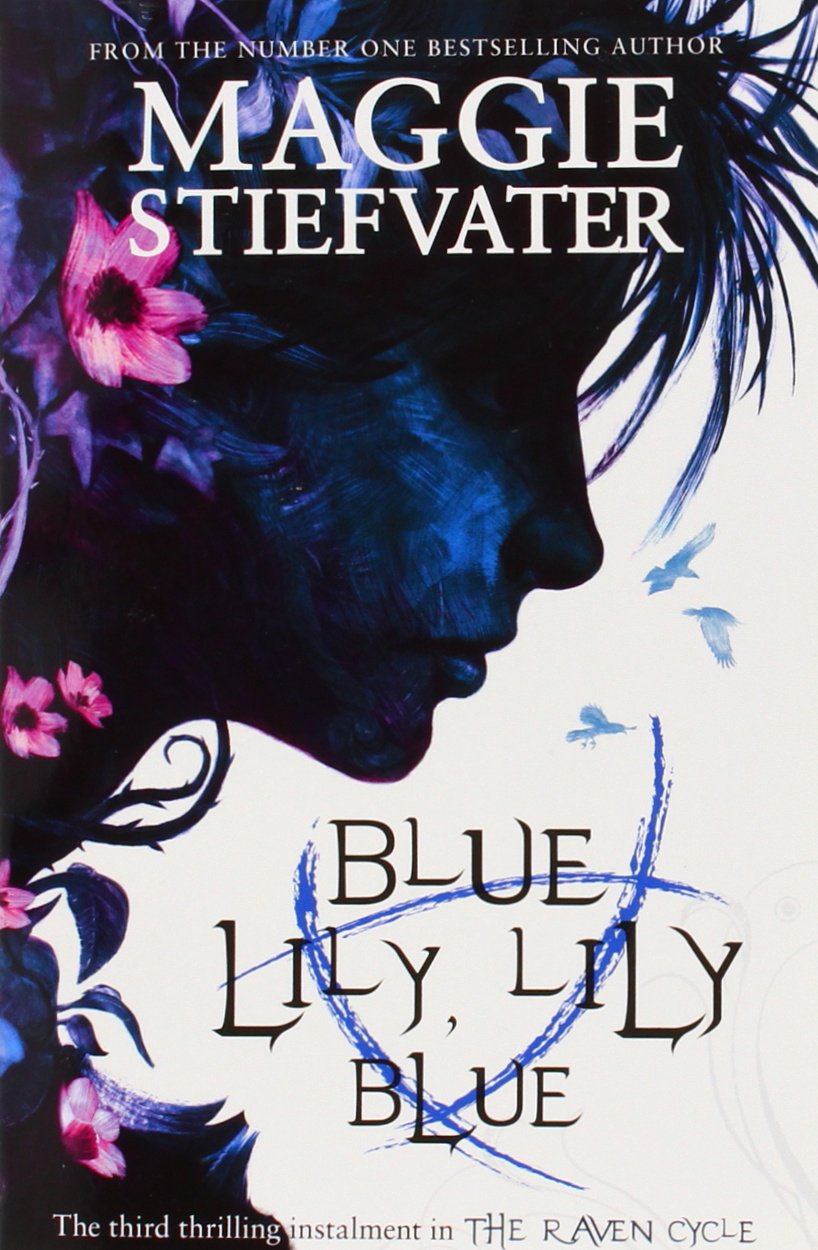 I massively failed and I am really behind on my reread schedule. I should have finished The Raven King already, but I haven’t even started. So #TRCAugust is going to take up a week of September as well, but sometimes life just gets in the way.
Anyway, you already know the drill: I’m hosting a readalong for TRC and I’ve already read and reviewed The Raven Boys and The Dream Thieves and now it’s time to review Blue Lily, Lily Blue! As always, this is SPOILERY so beware.

And like with previous posts, there’s some of my favorite fan art here; clicking on the image takes you to the author’s website! These books were made for rereading

Blue Lily, Lily Blue has always been my least favorite. It felt like a filler book, with not a lot of things to hold on to. Now I’ve realized I was completely and utterly wrong. That’s why you should reread these books once you’re done with the whole series. A whole new aspect of the books opens up. And that’s why I’ve discovered a new appreciation for this book. For a couple of reasons. This is true for every book in this series, however there’s so much of specific foreshadowing in here. And that’s the Ronan + Adam foreshadowing. And it was great. They start spending all their time together and Adam starts talking about how him and Ronan are one thing and then Gansey and Blue are another and it’s all so wonderful and I was totally loving it.

Henry Cheng is not important

I’m gonna cover this in my post for The Raven King but I hate the addition of Henry to the series. It was a not great way to replace a character that everyone loved and I never felt right about it. We see a bit of him in this book and I just don’t like it. Like the whole of the series, Stiefvater’s villains are really weird, but also amazing. Piper is a villain you wouldn’t expect and she is just something else. She is a blonde, hot, snippy woman who just happens to be the most awful thing in the series. Except for the third sleeper. But I love that Maggie decided that Piper is gonna head the show and not Colin. How great is that? The pacing is finally working

I think this book definitely has the best pacing in the series. It’s the shortest one and it’s the one in which the story flows most naturally and doesn’t stall anywhere. There’s also a lot of things going on in it, and that’s why I think it’s a lot easier to get into it than the other two.

Persephone has a last name We don’t see a lot of Noah in the book, but I felt that because of that, I enjoyed bits where he appeared even more. He is such a loveable character and he is sweet and funny and I guess I’ll never be over it.

I find that the quirkiest, weirdest, most bonkers characters are always my faves, and Gwenllian is no different. I love her character and how she talks in riddles and poems. Which is especially great when you know what is going to happen and what she’s actually saying.

Overall, I love Blue Lily, Lily Blue even more than the first and second time I read it, and I definitely found more things to love about it.

That’s it for this spoilery discussion/review/I’m-just-rambling-on type of post! I hope you enjoyed it and as always, I would love to hear your thoughts!