You may or may not know, but I do an occasional revisit of my old reviews. This is mainly because sometimes my opinions change and I like to update on my thoughts and opinions on a certain book. You can see the ones I did previously HERE.

I recently reread Truthwitch, and I thought it might be fun to revisit my old review and see how I feel about it now. As you know, Truthwitch is one of my favorite YA Fantasy books and I loved it a lot more the second time around. You can find my original review HERE. It’s one of my first reviews I ever wrote and I will say that most of that review remains true. I just have some updates.

Stuff I Still Feel the Same About

In my original review this is what I said:

The characters. Oh man, they were all great. I was instantly hooked on them. Iseult was an instant favorite. Cold and reserved and composed, but with a dark past and a lot of stuff boiling underneath? Sign me up! And I love her power. Iseult can see other people’s Threads, which are the connections and emotions of other people. Safiya, on the other hand, isn’t really my cup of tea. She is the kind of character that I usually dislike. She’s impulsive, reckless, acts before she thinks and i find that so annoying. But did she grow on me! She is such an endearing character, that you can’t help but love her.

This remains completely true. The strongest point of these books is definitely the characters and their interactions. Iseult is, like I said a million times already, a character I really relate to. She is one of my favorite characters EVER, and I think she is so well written and developed. And yes, Safi is the kind of character I usually hate, but the way Dennard writes her is so good, and in the end, you can’t help but love her. That’s especially true upon reread, since you already know her and I just found her to be charming this time around.

As for the secondary characters, they were also amazing. Even the ones that were kind of underdeveloped, left this air of intrigue around them. And Merik and Aeduan, which are (I hope with all my heart) the love interests, are some of the greatest ever. A + on that two.

This is pretty vague and upon rereading, I realized that I really enjoyed all of the secondary characters a lot. I think each of them has potential and I can’t wait to see what happens with them in the upcoming books. Also, I ADORE both Aeduan and Merik. They are spectacular characters and I can’t wait to hear more on them. We see a lot more of Merik in the second book, and I really enjoy his character arc. He is an idealist and very righteous, but that sort of changes in the second book and I love how his character develops. As for Aeduan, he is probably one of my favorite characters EVER as well. He is a morally grey, but still lawful character and that’s just spectacular in my opinion.

Also, I really liked how Dennard handled some aspects of the book. For example, the Witchery aspect. I really liked it and i didn’t find it as confusing as other people. It was really interesting and I actually enjoyed that there were many different kinds of it. Also the aspect of Threads was used to its potential. It was used to explain how people are feeling and how relationships between people grow and develop and I loved the way that was interwoven into the story. The plot was also engaging and it keeps you interested at all times. Also, YAY for strong female friendships!

This also remains true upon rereading. The magic system is one of the other great things about this world. It’s so well thought out and detailed and I love the way it works. I also love how we keep discovering new forms of witchery and it’s such an exciting magic system. And the YAY for strong female friendships stands. I think that’s one of the best parts of the book – Safi and Iseult’s love for one another is great.

I also couldn’t really imagine and really see the setting and the scenes. I just couldn’t form them in my head. The writing lacked that sort of vivid and encompassing traits. I couldn’t fully see what I was supposed to be seeing. It just wasn’t descriptive enough, and I just couldn’t  grasp the setting entirely. The action scenes were also pretty bad. And somewhat boring. And kind of confusing. I don’t know what the hell was going on in most of them.

This was on of the grievances I had with the book and it’s still true. I don’t think that the action scenes were that well written. I think they lack in vividness and structure, and they are hard to imagine and fully form in your head. I think the setting is also not descriptive enough. Meaning, I can’t fully place the characters into the setting. Bear in mind  that I am a huge Fantasy reader and these are things I notice. I think this is not this book’s issue per se. I think this is a very YA Fantasy thing, when compared to Adult Fantasy. It’s just the way it is.

Stuff I Changed My Mind On

This is watered down fantasy. I don’t read a lot of YA Fantasy, but I do read a lot of Adult Fantasy, and I can see the difference. YA usually has a lack of world building and the vividness and vastness of the worlds of Adult Fantasy (Bear in mind that I am speaking from MY OWN experience). This book is no different. Nothing was explained properly. Things were brushed over, and just mentioned and then we went on like nothing happened. Some things were introduced matter of factly, as if I should know what they are, and not explained at all. And I found that so annoying. Because I do feel that the world has a lot of potential, that wasn’t fully explored and it could have been

Like I said there, this was one of the first YA Fantasy books I read. And when compared with Adult Fantasy this is very lack lustre and underdeveloped. True. HOWEVER, now that I’ve read a lot more YA Fantasy, I can safely say – this book has some of the best world building YA has to offer. The world does have a lot of potential and it gets developed more in the following book, but even in this one, the world building is actually pretty good. You can tell that the writer had this vast world in mind, and that it all makes sense. There’s different cultures explored, different empires, there’s talk of clothing and customs and gods and it’s actually great. I don’t think that a lot of YA has this kind of world building and I realized that upon rereading. This was actually fantastic.

Final verdict: I initially gave this book a 3.5 – 4 star rating. I don’t really believe in changing my ratings for books I love, just because I am now too invested to give a objective rating. However, I can say that, this time around, this was a 5 star read without a doubt. This book doesn’t get nearly enough love as it should, so please go read it. Now. 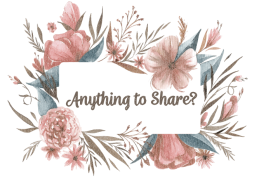 Thanks for reading! Let me know if you’re a Truthwitch fan or if you added this to your TBR to read ASAP!