I don’t know how many of you have caught up, but Leah on the Offbeat by Becky Albertalli just recently came out. And this book has been so hyped up, ever since it was announced. And for good reason. People adored Simon vs. the Homosapiens Agenda (myself included) and we were getting a f/f romance with the same beloved characters. That’s huge. F/f romance doesn’t get nearly as much exposure and recognition as does m/m (and we’re not even gonna mention the comparison to straight romances). So the book comes out, and everyone loves it. Everyone’s talking about it, it’s a huge deal. 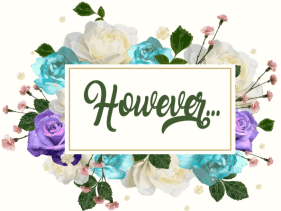 However, my Twitter feed has been flooded with people talking about a thing that wasn’t mentioned in all the reviews so far. A harmful, bad thing that was handled poorly.

I still haven’t read the book and it’s entirely not my place to comment on the representation. That’s not even the point of this post. I will leave you with a link to a review from Boricuan Bookworms, which is an own voices review, so you can get an idea of what we’re talking about.

So basically, something that’s (in my understanding) really hurtful for bisexual readers (Leah is bisexual and her love interest is as well) is present in the book. And yet, all of the people I am following on Twitter have said they did not see a single review mention this. How come?

How can you call out a problematic behavior when you know it will inevitably lower the chances of having another successful f/f romance book that will be backed financially? It’s a tricky terrain, and it’s so hard to navigate. Because on one hand, you want to call out problematic stuff, and you should, but reviews influence sales, and putting down a f/f book in your review could potentially lead to less f/f romance, which is the last thing people want. And that sucks.

Moreover, it’s really sad that this is on reviewers, especially the own voices reviewers. Because I would have read this, and wouldn’t noticed it. So basically, it’s on the people who need this kind of representation to call out the representation and be faced with potentially losing more of that representation. And it’s so unfair. And it sucks, and that’s on the industry.

Also, I am not claiming that calling out a problematic thing in the book means people are saying that you should burn said book. Because they aren’t. However, like I said, reviews affect sales. And sales will dictate what is published and what isn’t. And I think this is something that is tied into the YA genre.

It boils down to the fact that diverse rep is treated as a token, as something that should be affected by sales, when in reality it shouldn’t be. It’s about getting equal opportunities to be seen and heard in the media. It should not be about marketabilty. But it is. And that sucks.

So I would love to hear from you. Any thoughts on the topic? Anything you’d like to add? Did you read Leah on the Offbeat? Did you like it? Let me know!

23 thoughts on “Discussion: The Pressure on Diverse Books and How the Book Community Handles It”