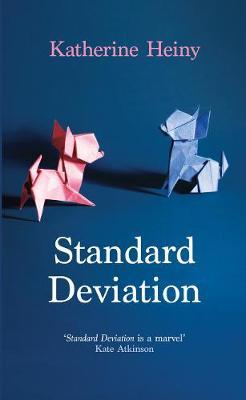 Another book about white men cheating.

I have no idea how I found out about this book and how I decided that I wanted to read it. It was a mix of it having Asperger’s representation in it, and the fact that it explored the relationship between two people, which is always my favorite thing. This really wasn’t.

The story is told from Graham’s point of view. He is a man in his fifties and he’s married to Audra, his second wife, who is younger than him, and the woman he cheated his first wife with. This is basically a vignette styled story that follows their life, and the life of their 12-year-old son, Matthew, who is on the spectrum and has Asperger’s.

I think the Asperger’s representation was more than great. I think the author managed to capture the difficulties of both living with a child with Asperger’s and also being a child with Asperger’s. She also managed to show that Matthew was just like other kids in some aspects, while also being quite unique in others. I think that was done so great, and I think she managed to capture how a parent with a child like that might feel and resonate and think about life. It was my favorite part of the novel and the only reason I finished it.

This is entirely vapid. Painfully so. It’s that awful book about middle-class white men and the wives they have and cheat on. Graham is an insufferable character and just the way infidelity is handled in the book made me want to pull my hair out. Graham cheats on his first wife, Elspeth, numerous times and then, he marries Audra who ends up cheating on him as well. And then Graham finds out that his first wife also cheated on him. And it’s this vapid cycle of stupidity. And there’s no real conflict in the book.

And on a larger scale, I felt this book was largely pointless. I did not get anything from it. Even the great Asperger’s rep was overshadowed by how shallow and bland the rest of the book felt. It’s like things never got any traction. And that’s to some extent a consequence of the structure of the novel, which is told through vignette styled chapters. But also due to the fact that the story lacks any sort of substance.

I really disliked this. I think the good stuff was largely overshadowed by the vapid, bland and seemingly shallow characters and overall storytelling. I would not recommend this novel at all.

Have you read this one? Have you heard of it before? Any thoughts you’d like to share? Let me know!

4 thoughts on “Asperger’s, Cheating and a Lot of Vapidness: Standard Deviation by Katherine Heiny”