I read a lot of Fantasy, and Fantasy is really high stakes, so some of these worlds are not always fun and safe, but I’d still switch places with the characters for like, a day.

All my childhood dreams would come true if I switched places with Hermione. I always wanted to be her when I was younger and just like I said in my previous Top Ten Tuesday post – I really want to go to Hogwarts.

Listen, I know that the 1800s weren’t that fun for women, but Jane Austen makes them fun. And Lizzie’s sisters are hilarious, her family is hilarious, England is wonderful and like – Darcy. So yeah. And also – I hope you all prefer the 2005 version of the movie. That is extremely important.

I would switch places with Iseult in a beat because I love her witchery so much. She can see the threads of people, so read their emotions and see their ties with other people and I just think that’s brilliant. Plus, we’re a lot alike, so I’d still be me, but cooler. And obviously more capable.

I love and adore Annabeth Chase and would love to BE her and be her best friend. And just imagine being this cool AND this smart. And also being chased by monsters BUT WE ARE IGNORING THAT.

I just want to live in an Emma Mills book for a while. And I want to be friends with Iris and be in a high school production of Shakespeare. Good times.

Gansey is so important. I would switch places with him IMMEDIATELY and then go search for Glendower and try to impress Blue, while also trying to understand Adam and trying to contain Ronan. It would be glorious!

I adore this comic series and would love to be in college with these three and Susan is the most like me so I think switching places with her would be amazing.

9. Auden (Along for the Ride by Sarah Dessen)

I really love Sarah Dessen’s books and I love Auden and I would love to switch places with her for a bit and ride bikes and hang out and just have fun. I like fun.

LISTEN. Would I like to be a princess of a small country for a day? Yes, yes I would. 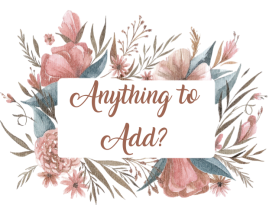 And those are the characters I’d like to switch places with! Let me know what are some of yours? Let me know!

15 thoughts on “Top Ten Tuesday: Characters I’d Like To Switch Places With”

not to be controversial or anything, but this was just…bad.
no thoughts, head empty, just the best cover of 2022 that i absolutely had to have on my feed for the 🌌 vibes 🌌
get in loser, we’re booktube spinning again #BooktubeSpin5
12 books i was recommended by friends or foes that i absolutely must get to in 2022!
book 1 of 2022
here we go! top 7 books of the year because chaos constantly reigns in my life!