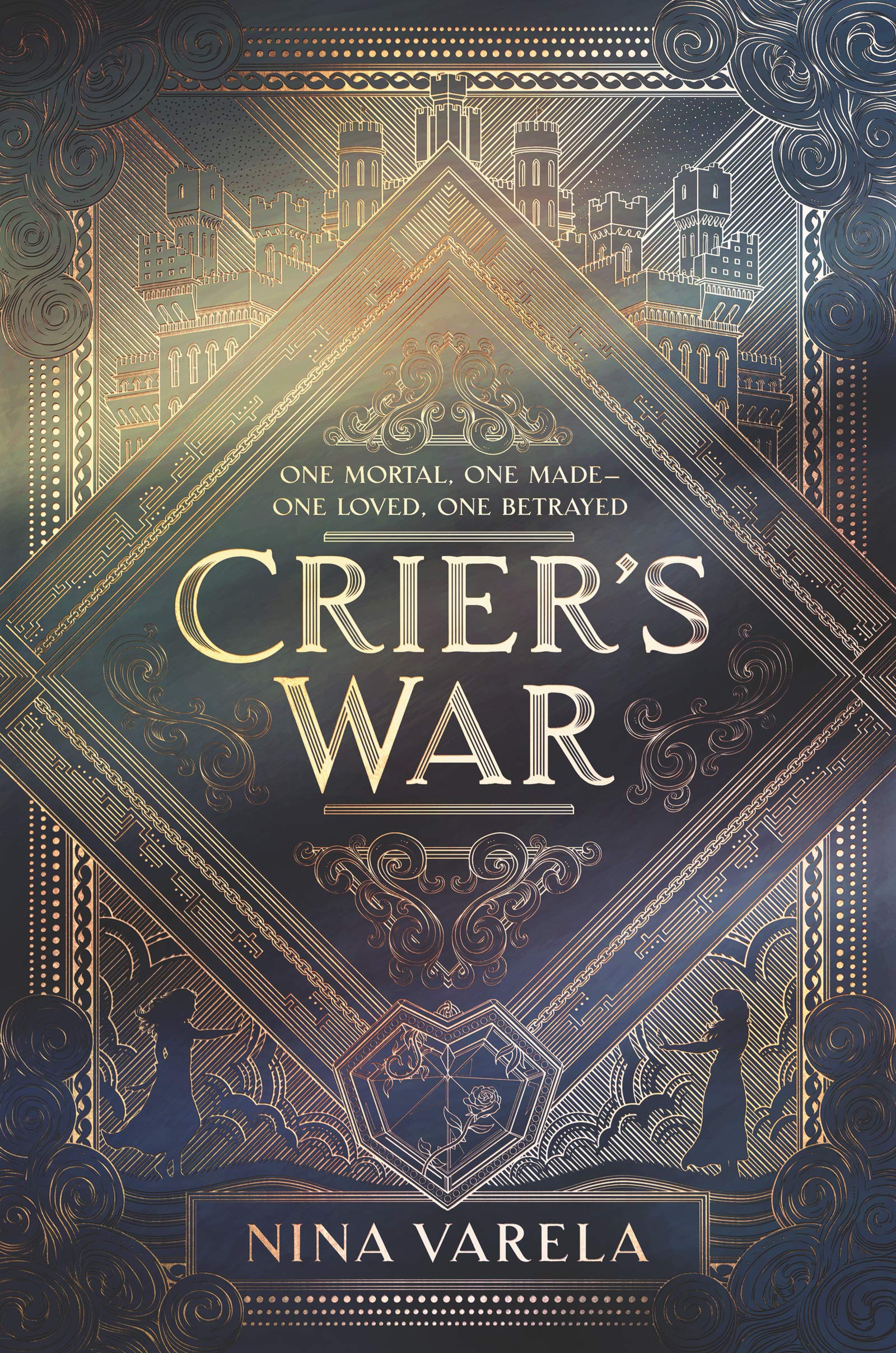 I have to say this – this streak of me being pretty unimpressed with releases I was most excited about has to end. When this book started making the rounds around Twitter, I immediately added it to my TBR. It’s an f/f enemies-to-lovers story, and that’s my one requirement for liking a book, so naturally, I wanted to read it. Add to that a really exciting premise with something akin to androids powered by alchemy and I was hooked. And I did enjoy this story, but I did not really love it.

After the War of the Kinds, the Automae, which were made by humans to be playthings to humans, have taken over and bent humans to their will. We follow Crier, the Automae princess and Ayla, a human servant in the palace. Crier is engaged to be wed and trying to come to terms with that engagement and Ayla is set on getting revenge.

I genuinely loved this story. I found the premise really intriguing and I think the overall story is quite compelling. Moreover, Varela is a really wonderful writer and I really did enjoy how she told this story. It tackles the topic of humanity itself, what it means to be human, to feel pain and love and have empathy, and I always enjoy that sort of exploration in fantasy stories. I also think the political intrigue and schemes were really well done, and were definitely one of my favorite parts of the novel.

I actually did enjoy the plot of the novel, and I think it really propelled the story forward in a good way. It was grounded and well-thought-out, despite some issues I had with it, which I’ll talk about in a bit. But I think the plot of this novel announced some really great political machinations that could come in future novels and I am excited to see those come to fruition.

I loved Ayla so much. She was definitely the thing that made me finish this novel and stay with it, because she is a really compelling main character. I think she is really strong, and she had to learn to live by herself, but she also learned to fight. She lives with this idea of revenge which has led her to really distance herself from other people and to dedicate herself to that one thought of revenge. I think she is a really great character and I really loved her.

However, Crier did not work for me as a character. I had a really hard time understanding her motivation and none of her actions really made sense to me. I constantly felt like I was missing something from her POV and character, something that I never really got. I just had real trouble with completely understanding her, which is always a big issue for me. I did not really care about Crier, and caring about characters is the main thing necessary for me to enjoy a book. When I dislike a main character, nothing can really redeem a book. Which was the case here.

I think this is definitely one of those “it’s not you, it’s me situations”. I just did not click with Crier, and it’s probably more because of me than the writing.

The romance did nothing for me. This is partly because I did not like Crier, so I wasn’t really invested in her emotions, but it was mostly because I don’t think that the romance was well established.

A lot of reviews mention how this is a fantastic slow-burn romance, but I have to disagree. For me, in order for slow-burn to really work, I have to see a lot of on-page interactions, or a lot of on-page inner feelings and thoughts throughout the book. This wasn’t the case in Crier’s War. A lot of this book is focused on world-building and exploring some bigger themes, which is great, but I think there was just no room for this relationship to develop organically for me personally.

I don’t think Ayla’s initial hate of Crier was all that convincing, so I was not really feeling the enemies to lovers. Moreover, I think Crier’s feelings go from zero to love really fast. And it’s not like that happens early in the novel. It doesn’t. It’s just that there’s nothing and then suddenly there’s love. It’s an abrupt change, even if it happens at 70 percent into the book. And it’s not that that could not have been done. I wish this was stretched throughout the following books in the series, but this way, it just did not work for me.

While I definitely enjoyed and loved the story, it was formulaic and predictable. It pulls a lot of familiar tropes, that were pretty obvious to me, I saw them coming from a mile away. The world-building was also sometimes a bit clunky, meaning things did not always fully tie into each other as seamlessly as I would have liked. But these are things that are just me being nit-picky, but I did genuinely like the story and the writing a lot.

I think that this book really has its strong points, and I completely understand why people love it. While it did not fully work for me, I think it’s still a solid novel and I would definitely recommend it still, if you’re looking for a cool new Fantasy series to get into.

I would love to hear from you! Have you read Crier’s War? Have you liked it? If not, do you plan to? Let me know all your thoughts in the comments!

7 thoughts on “Androids, Politics, and Enemies to Lovers: Crier’s War by Nina Varela”