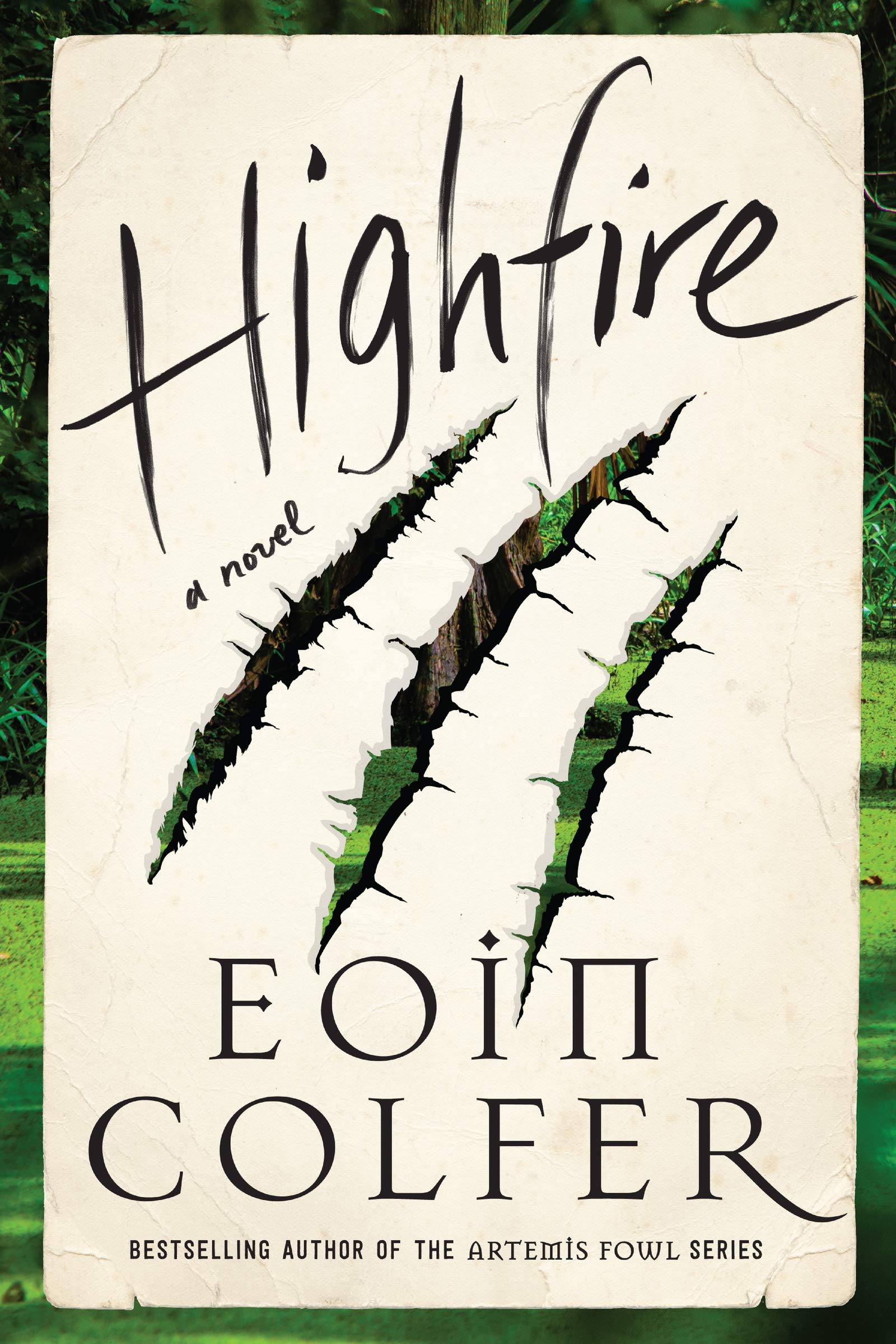 I am a huge fan of Colfer’s writing — Artemis Fowl was one of my favorite series growing up and one I was super attached to. It’s highly inventive and engaging, and I remember reading it because a classmate in elementary school recommended it, so it’s one of the first series I really got super into. When I saw that Eoin Colfer was writing his first Adult Fantasy novel, I was ECSTATIC to get my hands on it, especially when I became aware of the fact that the book is actually about a vodka-drinking, Flashdance-loving dragon. The jury is in — I enjoyed this novel, even though it did not really impress me.

Highfire follows Everett Squib Moreau is a fifteen-year-old boy, living in Louisiana with his mother, trying to get by whose life gets turned upside down when he catches the crooked sheriff in an act of murder, and subsequently meets the last living dragon that happens to love vodka and Flashdance, but also happens to hate people.

First of all, I really loved the concept of this book. It’s completely outlandish, but that’s what makes it so funny and interesting. Moreover, Colfer’s writing is always quirky and eccentric, which works perfectly for a story about a dragon living in the Louisiana swamp, slugging vodka and reclining in his La-Z-Boy. It’s a really unique premise, that has a lot of charm and that ultimately works.

As I said, I am a huge fan of Colfer’s writing and that was also the case here. One of the stuff that kept me in the story was the fact that Colfer is really good at writing in a way that’s both engaging and quirky, but that doesn’t end up feeling performative or overbearing.

However, I do think that this story had a sort of YA or Middle Grade feel, despite the use of a lot of swear words in it. First of all, I feel like while the concept was super interesting, it got old fast, and it became too one beat, relying on the same thing  (i.e. the fact that this is a dragon who is more like a grumpy old man) throughout the whole novel.

We also spend a lot of time with the villain of the story, which wasn’t my favorite thing and it did not really work for me. He is the best-written character in the story, but he is also just a gross man, and I just did not think that he was enough of an interesting “villain” to justify having so much page space.

Additionally, I felt like the characters were really simple and one-dimensional. Charming, but one-dimensional. While this story is fun, it lacks in any sort of complexity or depth that I expect from Adult Fantasy. It’s even simple in its ultimate messages, which is why I feel like it would have worked better for a younger audience. It’s entertaining, but it did not really offer me anything beyond that. That’s not necessarily the book’s fault, but I expected to gain more from it than it actually delivers.

While the story was entertaining and really unique, I personally found it to be a bit one-beat and one-dimensional, and I just did not gain all that much from it. Still, if you are looking for a quick and quirky read, definitely check this one out!

If you have any thoughts, I would love to hear from you, as always!

*I received an ARC copy of this book from the publisher in exchange for an honest review. All opinions are my own.

5 thoughts on “This Book Is About a Vodka-Drinking Dragon: Highfire by Eoin Colfer”