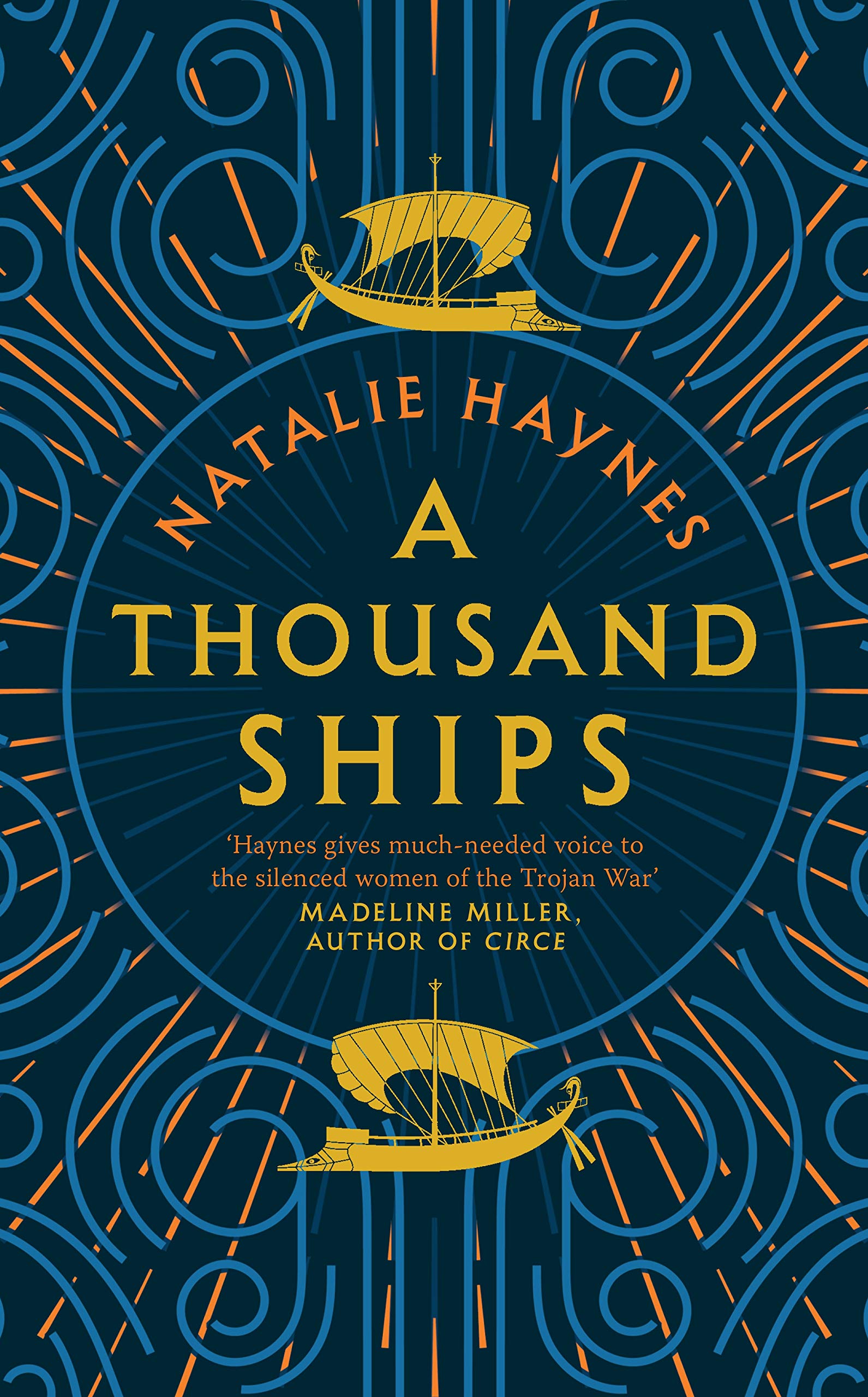 A Thousand Ships was definitely one of the most exciting books from the Women’s Prize longlist for me personally. I know that Circe and The Silence of the Girls were huge last year, so I can see why A Thousand Ships sailed a bit under the radar because it’s once again, a feminist retelling of a classical myth/story, focusing this time on the Trojan War and trying to do a similar thing like those previously mentioned books. However, I am yet to read those, so I feel like I went into this one with fresh eyes, not having to compare the book to those two, which I think probably benefited my reading experience and my enjoyment of the book as a whole.

A Thousand Ships is a multi-perspective retelling of the Trojan War, told from the point of view of the many women who were a part of the war, in one way or another. It gives a voice to the women (and the goddess) who often get sidelined in these narratives, and retells the same famous story, from a fresh perspective.

I really, really enjoyed this one. I love the story of the Trojan War, so I went into this already attached to the material, but I also really liked the way Haynes portrayed some of the women in here. The structure and the fact that this wasn’t told in chronological order is something that for me really worked to the story’s benefit. It was a great choice because I feel like most readers will be familiar with the overall story and most of the major events, so this adds a really great dynamic to the story. One thing that really made the book for me was the inclusion of the goddesses – I found myself particularly enjoying their perspectives, and I think Eris’ chapter is probably the best one in the whole book for me. I don’t have anything particularly earth breaking to say – the book sets out to give a broader perspective to the war and to sort of honor the women in it, and I think it does that really well. I was emotionally invested and attached to most of the perspectives here (there were so many, and naturally they did not all work for me) and I am the kind of reader who places a lot of importance on that. I cared for the characters, and hence I enjoyed the novel.

However, it did have some flaws that really rubbed me the wrong way, and had these things been handled differently, I might have really loved this book. First of all, there were a lot of perspectives here, and some of them did not work, not only for me personally, but I think just in general. For example, Calliope is a blatant author stand-in, in a really obvious way, which I feel like both the story and the audience of this book really don’t necessitate. It is very clear what this book sets out to do, not only from its marketing, but also from the text itself. Additionally, the audience of this book for sure does not need to be explained in such a spoonfed way that women’s voices also matter. No need to stress it so forcefully through Calliope’s perspective.

Helen’s character was really disrespected here, and I am not sure what the point of it was. All of the women hated Helen, and she got name-called so often in here, without the narrative ever really giving her a voice to push back on that. There was an instance where we saw that, but so briefly and inconsequentially that just made me plain mad. If the point was to sideline Helen because she is already a prominent figure in the war, I think that could have been handled much better, with more nuance, and that gives autonomy and agency to all of the characters including Helen.

Finally, the way Penelope’s character was used made me really mad. Penelope is a figure I love and in here, she becomes a mouthpiece for Odysseus’ adventures and I don’t see the point. Even more frustrating was the fact that she had this wonderful, snarky narrative voice, and then it was only used to inform readers about the plot of Odyssey, which is such a waste of a wonderful character that could have had so much more to say.

And now this feels like Rachel’s infamous negative four-star review of The Raven Boys (it’s a great review, check it out), but I swear I really liked this one despite its flaws. I really cared for the characters, which makes a book instantly good enough for me, and I can forgive it almost anything. Plus Eris’ chapter was really good and makes up for some of the poorly handled stuff.

To end on a positive note, while there were some obvious flaws in here, I am a reader who was predisposed to like this one, and I really did. Despite some of the stuff mentioned, the positives really outweigh the negatives in here, so I would still highly recommend you check this one out.

ALSO, I am stealing Hannah’s format and showing my current rankings of the Women’s Prize Longlist books.

I would love to hear from you! Have you been reading anything from the longlist? Thoughts so far? Have you read A Thousand Ships? Let me know!