“My body kept time and I watched it as if observing a strange life form.” 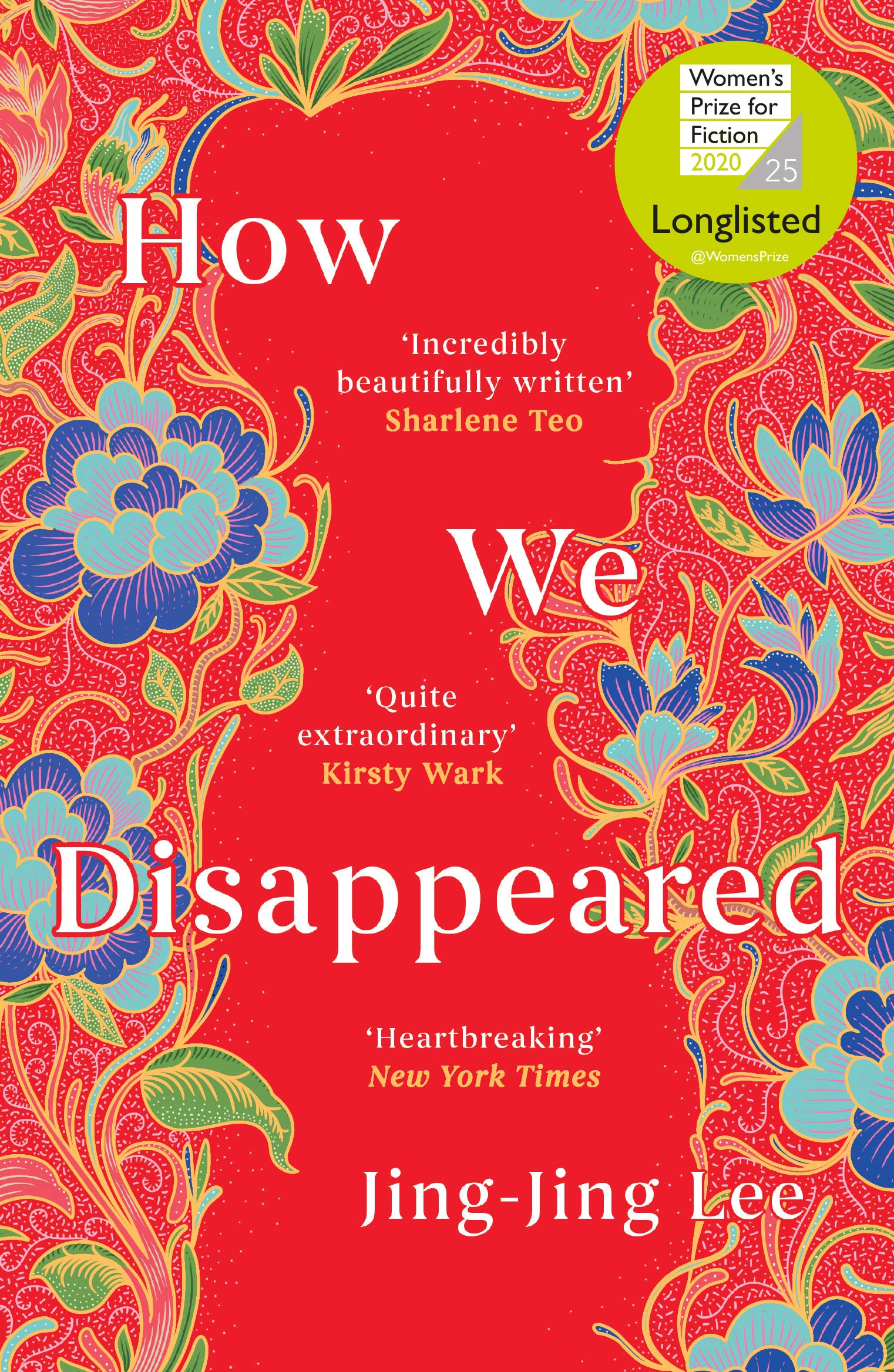 How We Disappeared was one of the books on the longlist I categorized as very low priority, because I am entirely not a historical fiction person, especially when the book is focused on World War II. I just have a really hard time with these stories, but everyone kept loving this one, plus it explored a different narrative than we usually see in the genre, so I decided to pick it up sooner rather than later. And who would have thought – it is one of my favorite reads of the longlist so far.

How We Disappeared is set in Singapore and it is focused on Wang Di, an elderly woman who was a survivor of the Japanese occupation of Singapore during WWII and was forced to become a comfort woman for Japanese soldiers during the war. We follow her present-day narrative, as well as her flashbacks to the war. At the same time, we follow Kevin, a young boy who is coming to terms with his grandmother’s death and starts exploring his family’s history.

Vivid, Immersive, and Most Importantly Nuanced

One of this book’s biggest strengths was how good it was at immersing the reader from the first page. I have a hard time connecting with historical fiction, but that was never an issue here. I really enjoyed the writing and I think it managed really well to capture all of the emotions that this narrative entails. I found the parts about Wang Di’s life during the war incredibly heartbreaking, but they really resonated with me. I think the setting and the events explored in here were really well done, with nuance and respect, and they felt impeccably researched. It was awful to read about the things Wang Di faced at the house where she was taken to be a comfort woman, but I think her inner turmoil was done in a way that felt both respectful, but also like it did not shy away from portraying the atrocities of the war and its toll on these women.

I also think the novel handled the aftermath of the war really well. I cannot help but compare to Girl – the choices made in Girl felt incredibly cheap, while I think one of the best parts of How We Disappeared was how it handled Wang Di’s life after she came home after the war was over. The shame and guilt Wang Di felt were again so heartbreaking, especially when you add the stigma that was put on these women, and from their own families as well.

While I can objectively critique the choice of the two perspectives here, they worked for me. It is true that Kevin’s perspective was less fleshed out, and that it did not really do much for the story (its point could have been told in a way that made more sense or was at least more impactful). However, since I do struggle with historical fiction, Kevin’s perspective offered a change in pace that really worked for me, and I think I would have enjoyed this less if it weren’t there, but I do recognize that from a story level it did not do much.

I really enjoyed that this went back and forth in time. Wang Di’s struggles in the present-day were rooted in things that happened during the war, but they also had this other dimension, that was more contained in her personal relationship and I enjoyed that. The book deals with grief and shame in a way that feels quiet and grand at the same time, since it is rooted in this bigger narrative of comfort women during the war, and it worked for me personally. Wang Di’s relationship with her husband was really nuanced and soft in a surprising way, and I liked it a lot.

The Grand Scheme of Things

Ultimately, I also think that this book deserves a lot of hype. It’s an ownvoices narrative about an awful thing that happened to women during the war, and it shifts the perspective and focus of World War II narratives to another part of the world than it’s usually explored in mainstream literature. It also looks at women during the war and the atrocities they were subject to. With another book which fails at that and miserably no less (yes, I am talking about Girl), I really wish How We Disappeared was shortlisted and given an extra boost, but alas.

Well-researched, emotionally complex, heartbreaking, but also ultimately satisfying, I would highly recommend you check this one out.

Also, after an extra boost from the shortlist announcement, my excitement wained again, and I don’t think I will finish the whole longlist anymore. The shortlist will get read, but I lost interest since the longlist was kind of underwhelming. Plus, a group of bookish friends and I made our own longlist that follows the same rules, and it’s SUPERIOR. Women’s Prize, CALLS US TO JUDGE THE LIST NEXT YEAR, you cowards. Sarah, Emily and Callum already talked about it, so go check their posts out, to see our longlist and also just because they’re awesome. And check out the rest of the superior judging panel: Hannah, Naty, Rachel, and Steph (represented by her PR, Rachel).

I’d love to hear from you! Have you read How We Disappeared? Thoughts? Standouts from this year? Thoughts on how our list is better than the actual one? Let’s chat!

11 thoughts on “Women’s Prize Reviews #8: How We Disappeared by Jing-Jing Lee”