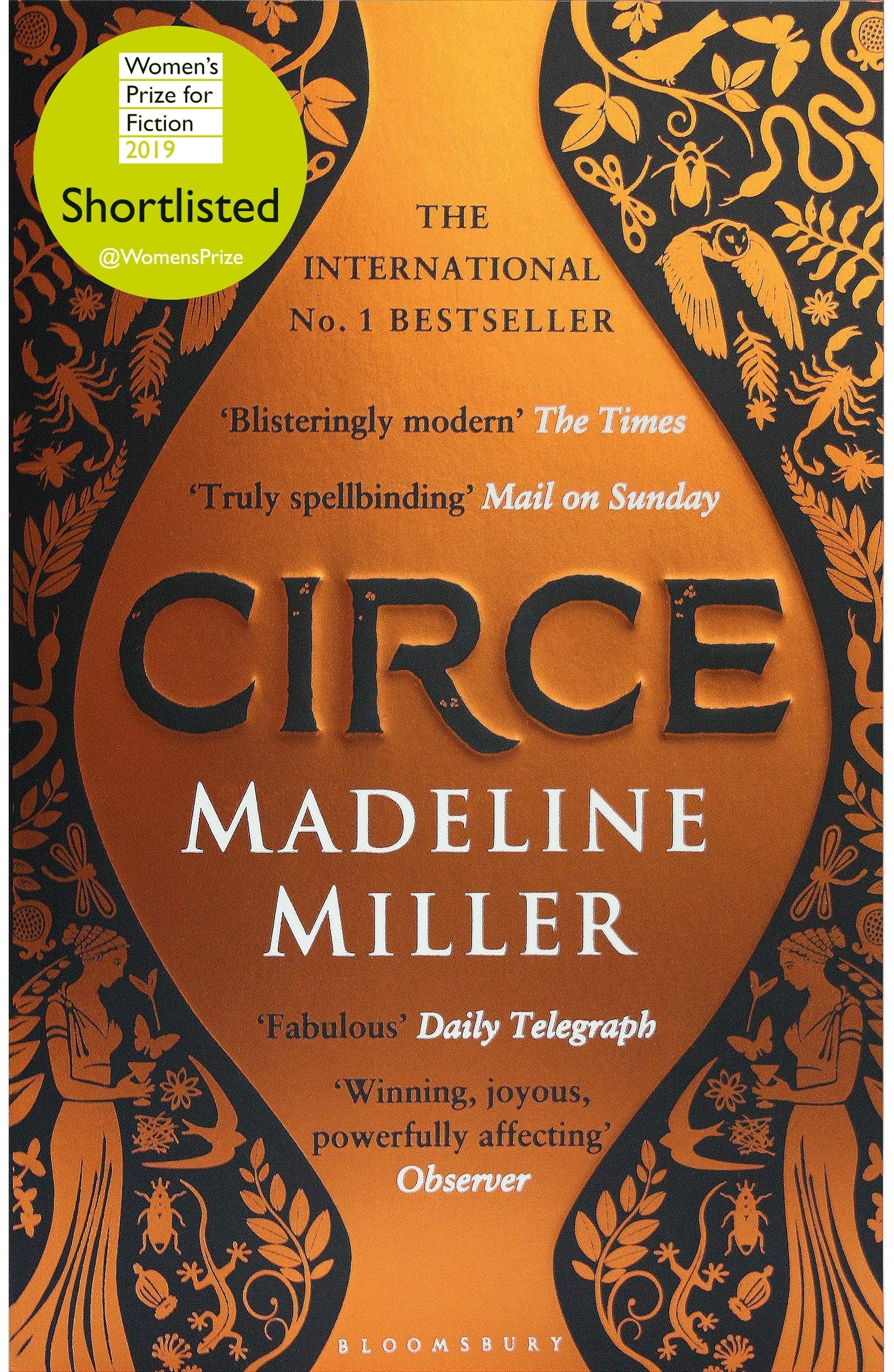 Madeline Miller’s books have been on my TBR for so long, I have built them up so much in my head that it’s debatable whether or not the books could ever match my expectations. The Song of Achilles is one I get recommended more, but I decided to start with Circe, since I have that one as a physical copy. I adore Greek mythology, and I love its reinvention in various forms, so I was really excited to see a feminist take on Circe’s story. Circe is generally a character from Greek myths that I quite enjoy (I love a witch) so I was sure I was going to love this one. But I gotta say – was not my favorite thing in the world.

“Humbling women seems to me a chief pastime of poets. As if there can be no story unless we crawl and weep.”

the writing is beautiful and competent, but…

If you are someone who loves and looks for very beautiful, almost poetic writing in your books, look no further. Madeline Miller knows her way with words and I think that her prose is really stunning. Moreover, I found her writing to be really competent, and I felt like she truly accomplished what she set out to do. However, I am not really the audience for it. I am not that obsessed with great prose in general, especially when it turns the story slow and makes it hyper focused on the way it is told, rather than what is told. I think Circe’s arc in here is really well executed and I think that Miller gives us this fully rounded arc of a character, but I just found this to be really slow and boring overall, especially in the first half. This book could have easily been a lot shorter and more condensed and it still would have accomplished it goal, in a more impactful manner in my opinion.

circe is a great character, but…

Circe is a really great character. She felt real and I could relate to her and that’s all good. However, I did not find myself particularly attached to her and more importantly, I got exactly what it says on the box. Meaning that this promises a feminist retelling and it gives a feminist retelling, but I don’t think it goes beyond that. I don’t know if that makes sense, but I really wanted this book to give me a really nuanced and layered portrayal of Circe’s character and I don’t really think that was the case. She was great and I enjoyed all the ways myths about her were explored and reimagined, but I just did not love anything about it. I did not find it revolutionary in any shape or form and while I recognize that’s not what this book sets out to do, I just wish it dug a little deeper and tried to bring a bit more nuance and versatility in the way it retold the story of Circe.

Circe has one of the best endings I ever read. It was such a good well-rounded, thought out ending, so I have to give it credit. It really partly redeemed the book for me. And I can read Greek myths in any shape or form so this was not really a total miss for me, I just expected so much more.

Like I said, I expected more from this, and I really was mostly bored, but I still think this is a really well written novel, that does what it sets out to do. Plus, it’s Greek mythology and it had a fantastic ending, so I cannot complain.

25 thoughts on “I Finally Read Circe and I Was Bored: Circe by Madeline Miller Review”