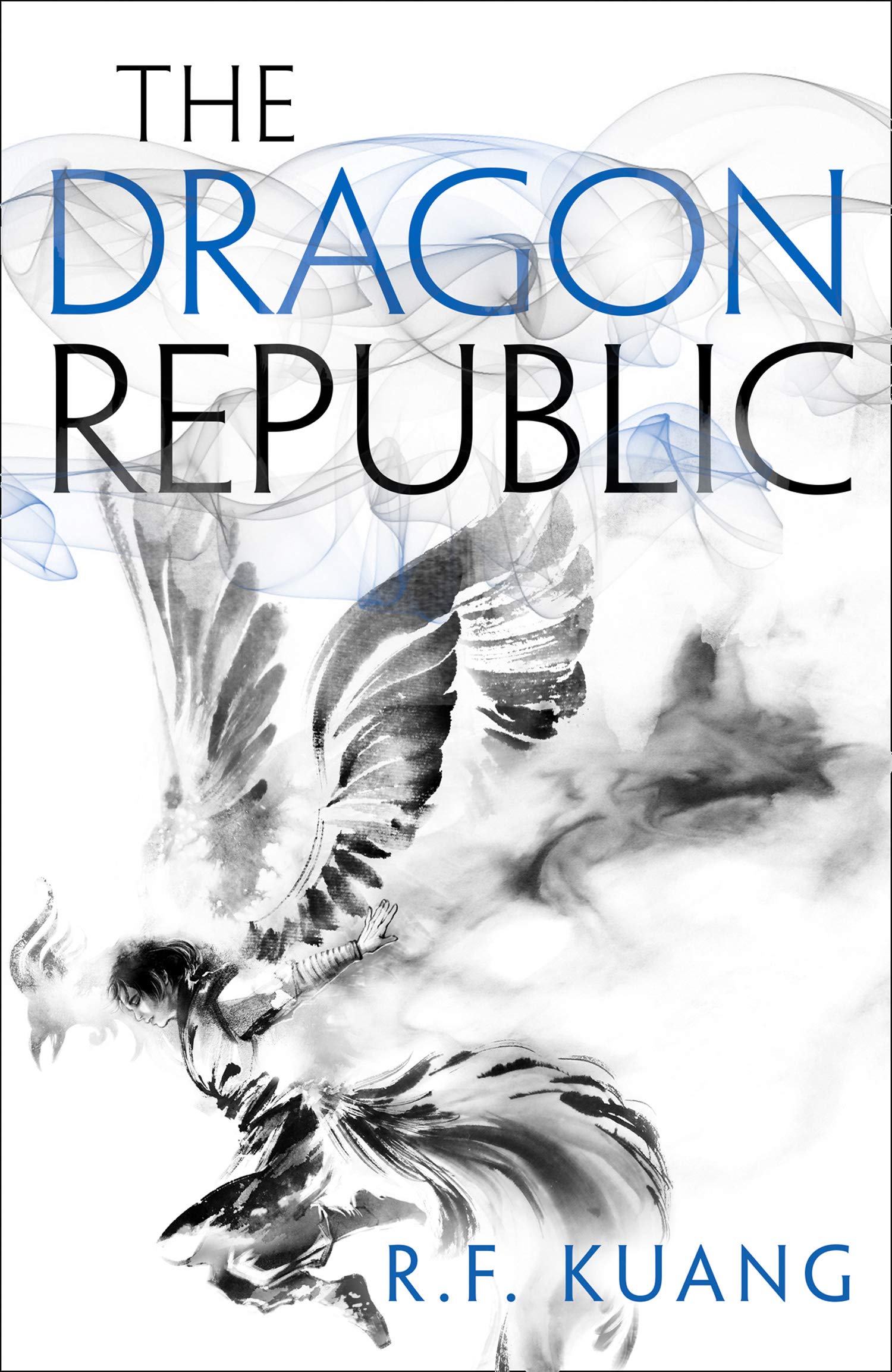 If you are following me somewhere else on the internet, you know by know that I developed a serious obsession with R.F. Kuang’s The Poppy War series and the obsession is here to stay. I absolutely adored the first book in the series, it is definitely one of my top reads of this year and one of my favorite books I ever read. You can read more of my thoughts on The Poppy War here. So naturally I was super excited to read the sequel and it was amazing and PAINFUL, naturally. Let’s chat a bit about it.

There will be spoilers for the first book in here, but I will try to avoid spoilers for The Dragon Republic and I will hide any in case I desperately need to talk about something.

“Nothing lasts. This was not a world of men. It was a world of gods, a time of great powers.”

There is a shift in this book that I personally always enjoy in Fantasy – the pace slows down and there’s much more political machinations at play in this second book. The focus shifts from fighting the actual war to setting up the war and there’s a lot of negotiations, political schemes, and strategy discussed in The Dragon Republic and I really enjoyed all of that. Kuang is really good at writing that and I really love how she made the whole set up feel like a chess game, where every move mattered and seemed to be done in preparation for the next five moves. I especially enjoyed how that contrasted with Rin not knowing how she was being used as a chess piece from all of these different players, and I liked her journey from passively accepting that, to reclaiming her agency. It was really interesting.

The themes explored in this novel were so well done, I kept putting the book down just to relish in how well executed it was. I especially enjoyed how themes of colonization and religion were explored in here. The way the Hesperian aid and involvement in the war was explored was really interesting and I think it was so well executed. I also quite enjoyed the way Hesperian religion came into play and how it is used to sort of supress the culture and religion of the Nikara. It was all really well done and I was so impressed.

these characters own my dark soul

My favorite part of this series, on top of its brilliant writing and world-building are of course the characters. I am literally obsessed with the cast of characters in here, and I think all of them are done so brilliantly. I have so many feelings about them that I cannot even properly voice.

Rin continues to be a brilliant character, and one that I love immensely, and one that still frustrates me immensely. And that might be one of my favorite things about her. It was really hard to see Rin struggle with everything that’s happened to her, but I also think her pain and trauma are done justice and explored really well in this continuation of the series. Her arc in this novel is also really well done. Nezha continues to be my favorite character, because he is basically a little shithead. But I think he is a really complex character, a person who is a result of his privileged upbringing that is struggling with things about himself and said upbringing. I also think he is one of those characters that’s really honorable and yet that honor is misplaced. AH I just really love him, and I could talk about him for days, but we need to move on. Kitay is also precious and he really grew on me in this book, so he needs to be protected at all costs. I also continue to adore everyone in the Cike and I loved that Venka had a bigger part in this novel. She is a badass. Vaisra is also a really interesting character, but I hate him. I think that’s testament to great writing – even the characters that I hate I actually love because they’re so well written.
And obviously, I loved all the dynamics between the characters. There is not a single point in the day when Yin Nezha and Fang Runin do not live in my mind rent free.

This book was PAINFUL. There was so much hurt and death and trauma explored in here, so beaware of that going in. Much like The Poppy War, The Dragon Republic does not shy away from portraying war in all its gruesomeness.

Also, the first half of this dragged a bit for me, so I was not a huge fan of the pacing in there, but it really was a minor thing, just wanted to quickly mention it.

Like I said, this was absolutely brilliant and I loved it, so if you still haven’t picked up the sequel (or the series) consider this a PSA to do so.

7 thoughts on “The Dragon Republic by R. F. Kuang Review”