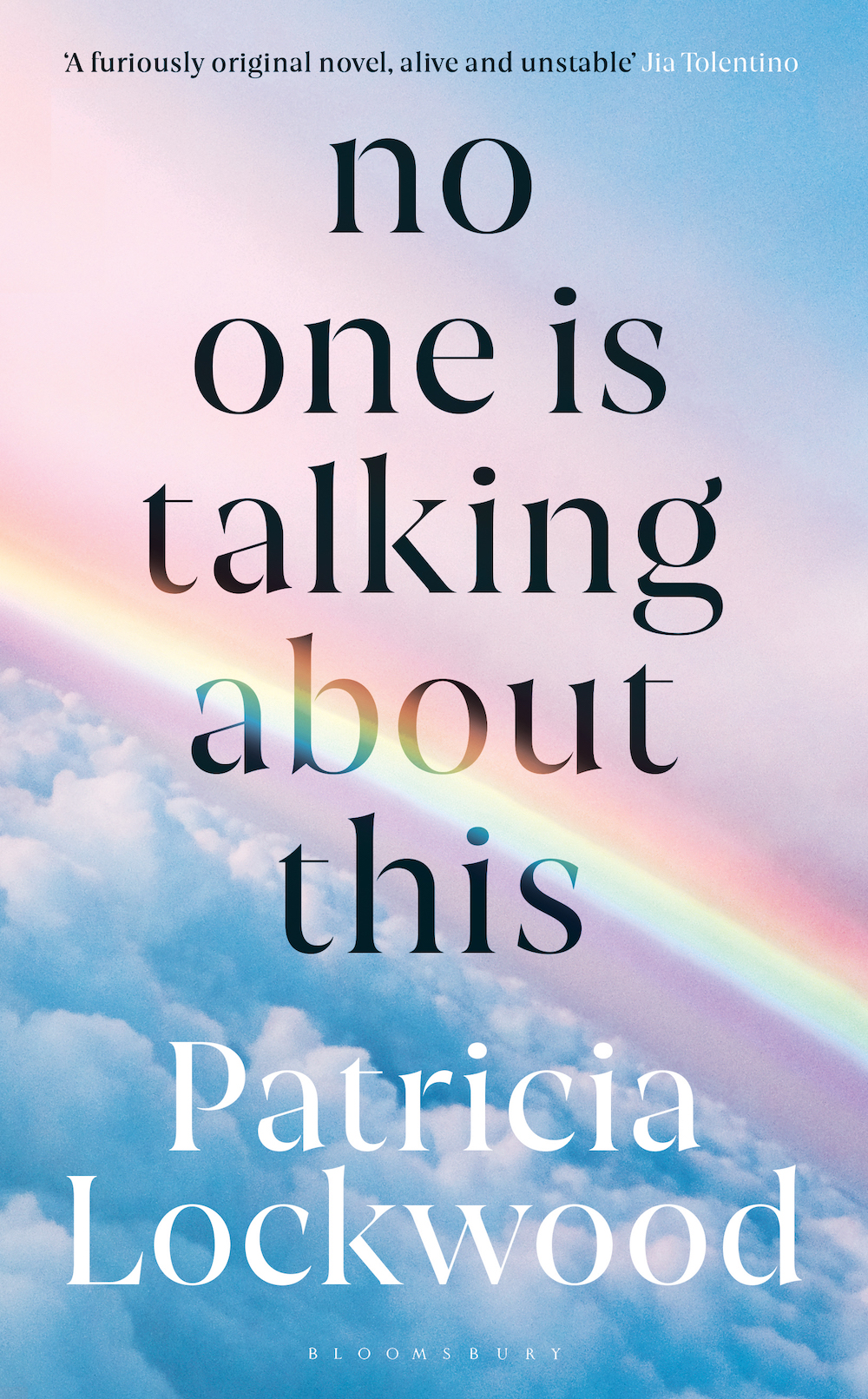 Goodreads blurb: As this urgent, genre-defying book opens, a woman who has recently been elevated to prominence for her social media posts travels around the world to meet her adoring fans. She is overwhelmed by navigating the new language and etiquette of what she terms “the portal,” where she grapples with an unshakable conviction that a vast chorus of voices is now dictating her thoughts. When existential threats–from climate change and economic precariousness to the rise of an unnamed dictator and an epidemic of loneliness–begin to loom, she posts her way deeper into the portal’s void. An avalanche of images, details, and references accumulate to form a landscape that is post-sense, post-irony, post-everything. “Are we in hell?” the people of the portal ask themselves. “Are we all just going to keep doing this until we die?”

Suddenly, two texts from her mother pierce the fray: “Something has gone wrong,” and “How soon can you get here?” As real life and its stakes collide with the increasingly absurd antics of the portal, the woman confronts a world that seems to contain both an abundance of proof that there is goodness, empathy, and justice in the universe, and a deluge of evidence to the contrary.

“Something in the back of her head hurt. It was her new class consciousness.”

Another banger from the WP longlist, and that puts me at two for two from the longlist! No One Is Talking About This was fantastic, but it’s also super hard to review, especially because I am not sure who I would recommend this book to. This book is told in two parts and the first part is about Existing Online and in that, it’s quite isolating if you are not that person. I feel like if you are involved in online communities and if you practice this sort of online identity thing, it will work great for you, but if you are not, I am positive that it will not work for you. And I do think that the book limits itself in that, since it’s narratively so specifically appealing to only a certain type of reader. This is also why I do not think this will be on the longlist (but I also thought that about Weather AND HERE WE ARE).

“We wanted every last one of those bastards in jail! But more than that, we wanted the carceral state to be abolished, and replaced with one of those islands where a witch turns men to pigs.”

But for me personally, this worked and wonderfully so. I related to the first part so much, and I found it intelligent, and witty and even funny. This is very sharp and critical of the internet (or “the portal” as the author refers to it) but at the same time uses this fragmented narrative style to emulate it, and is also very self-aware throughout. I think Lockwood nailed this feeling of being so immersed into the online sphere, and I think that this novel gives fantastic commentary on human connection and language and I absolutely loved everything that it did in the first part.

The second part is very different in tone, and it explores loss and grief. It sort of contrasts real life and online experiences as the narrator gets pulled from this virtual environment back into her life in a way that makes her feel more present. It’s also super moving and explores really difficult topics, in a really beautiful and for me personally impactful way, but I do think that if you did not enjoy the narration style in the first part, that you will have a hard time connecting with the second part.

“That was the difference between the old generation and the new, though. She would rather die than not look something up. She would actually rather die.”

I do also feel like the two parts of the novel felt disconnected from each other. It can also be argued that that was the point, but I still do not feel like that was executed as well. I also feel like it should be mentioned that this isolating, negative experience of the internet is one-sided a bit, and I feel like for me personally, the internet has not always been that, it was a great source of community, AND I feel like that’s especially true for marginalized people. But this is an autofiction novel and I do feel like a lot of it was very personal and really relatable.

Overall, this was a great novel that was suited to my taste, which seems to be true for this longlist as a whole. Would I recommend it? I am not sure, but if you like the quotes I included above and the themes I mentioned it explores, I definitely recommend checking it out!

Last year, I stole Hannah’s format and I am doing it again – here are my WP reads ranked:

1. Luster by Raven Leilani (review)
2. No One Is Talking About this by Patricia Lockwood

I would love to hear from you – have you read this? Is it on your TBR? And let’s chat!

8 thoughts on “Women’s Prize 2021 Reviews #2: No One Is Talking About This by Patricia Lockwood”