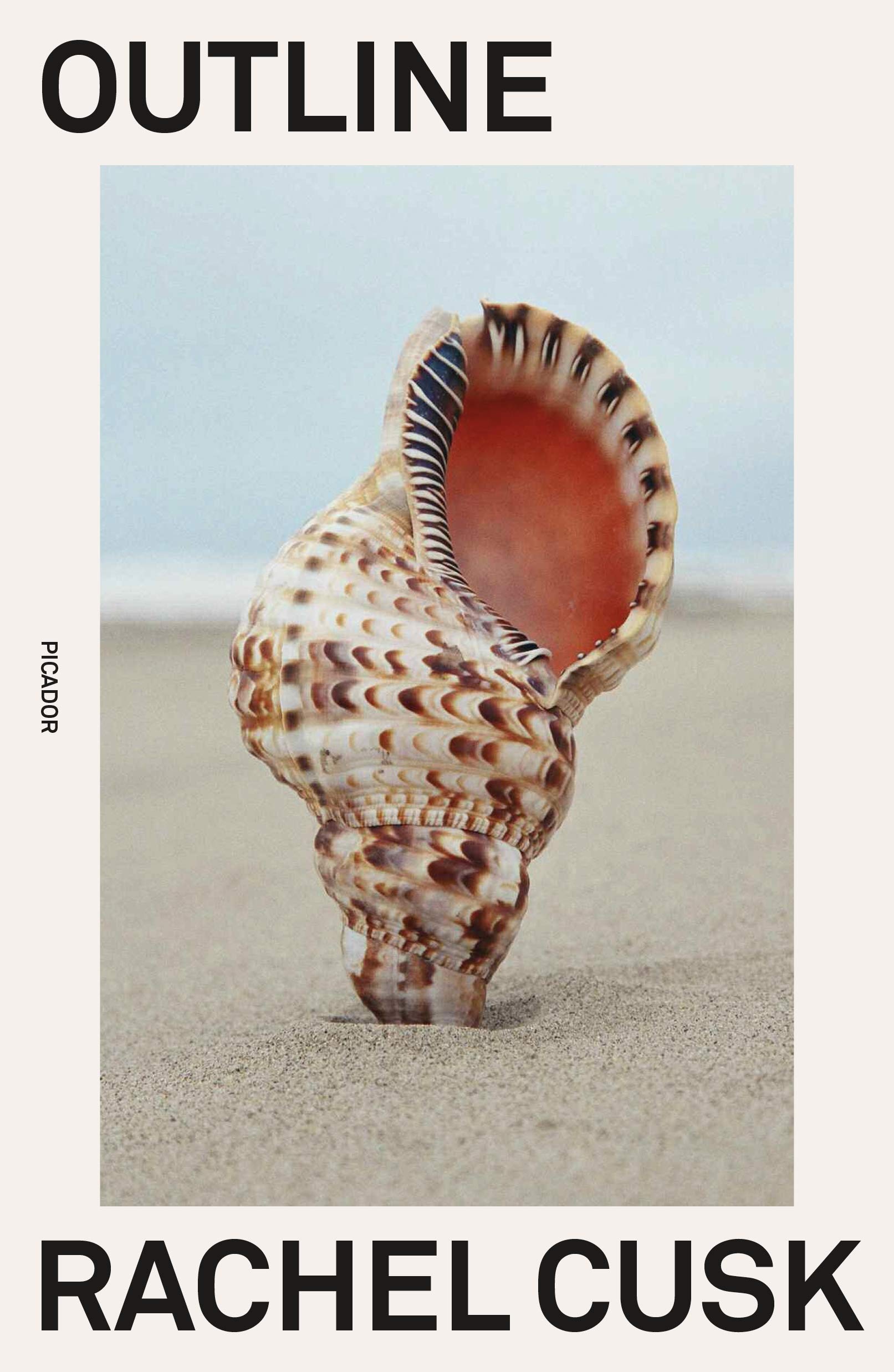 Goodreads blurb: A woman writer goes to Athens in the height of summer to teach a writing course. Though her own circumstances remain indistinct, she becomes the audience to a chain of narratives, as the people she meets tell her one after another the stories of their lives.

Beginning with the neighbouring passenger on the flight out and his tales of fast boats and failed marriages, the storytellers talk of their loves and ambitions and pains, their anxieties, their perceptions and daily lives. In the stifling heat and noise of the city the sequence of voice begins to weave a complex human tapestry. The more they talk the more elliptical their listener becomes, as she shapes and directs their accounts until certain themes begin to emerge: the experience of loss, the nature of family life, the difficulty of intimacy and the mystery of creativity itself.

Outline is a novel about writing and talking, about self-effacement and self-expression, about the desire to create and the human art of self-portraiture in which that desire finds its universal form.

“The human capacity for self-delusion is apparently infinite – and if that is the case, how are we ever meant to know, except by existing in a state of absolute pessimism, that once again we are fooling ourselves?”

This book is a series of conversations and while that isn’t the most attention grabbing description of a novel, it is actually quite an accomplished piece of writing. Outline is an adept title since Cusk strips her narrator of almost all characterization – Faye is a writer who is travelling to Athens to hold a writing workshop. Beyond that we learn very little of her (in fact we don’t even know her name until late in the book), and instead Cusk uses other people Faye encounters to discuss writing, relationships, and most prominently, she discusses the idea of telling stories, especially our own life stories, and how we construct our own narratives.

In Faye, Cusk delivers a completely unobtrusive narrator, that very rarely chimes in, and instead we experience something akin to an audition – it feels like Cusk is writing a novel, and interviewing potential characters for it. Narratively and structurally, this was quite an unique novel, and I am not sure how well this concept would bode in the hands of a different author, but Cusk is a very competent writer and her prose is quite searing.

The thread that ties all these conversations together is the concept of storytelling – Cusk is concerned with identity and often gender, but her main topic is how we tell stories. The novel itself refuses to fit into a neat structure, however, the overarching theme seems to be the most base storytelling of all – the story of the self, how we construct it and how we present it to others. I loved that aspect. The whole novel centers thought instead of emotions, which I also quite enjoyed. With such a removed narrator, the themes explored here, while usually laden with emotions (such as relationships), lose that emotional core and instead we get a very cerebral outlook.

Overall, this was a book I really, really enjoyed. My one grievance with it is that it is so removed – I understand the point of it, but as someone who is a character-focused reader, this did not quite land home for a 5 star read. But it was still brilliant and I would highly recommend.