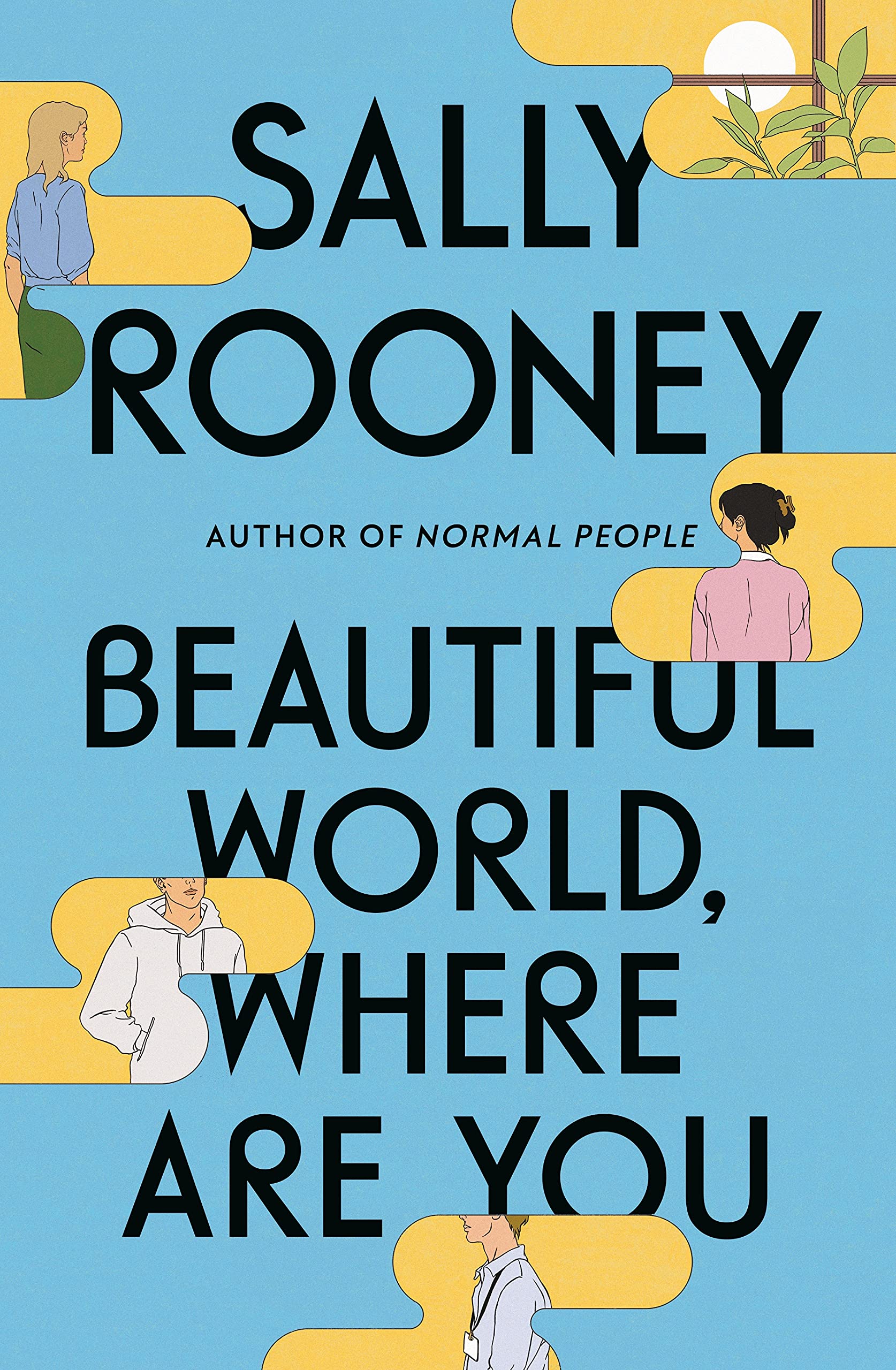 Goodreads blurb: Alice, a novelist, meets Felix, who works in a distribution warehouse, and asks him if he’d like to travel to Rome with her. In Dublin, her best friend Eileen is getting over a break-up, and slips back into flirting with Simon, a man she has known since childhood.

Alice, Felix, Eileen and Simon are still young-but life is catching up with them. They desire each other, they delude each other, they get together, they break apart. They have sex, they worry about sex, they worry about their friendships and the world they live in. Are they standing in the last lighted room before the darkness, bearing witness to something? Will they find a way to believe in a beautiful world?.

Sally Rooney is one of my favorite writers ever, and naturally, this book was my most anticipated release of the year. It’s coincidentally also my favorite book of the year.

In Beautiful World, Where Are You Sally Rooney delivers what is her most honest and genuine work yet in my opinion. I know she is often criticized of writing fairly similar works, but what I think that she still manages to do (three books in, but still) is deliver something that at the same time feels very fresh, but also very Rooney. I’ve mentioned on numerous occassions that this feels like a love child between Normal People and Conversations With Friends – it’s at the same time an incredibly intimate portrayal of two romantic relationships, but it’s also an exploration of a close friendship between two young women.

Rooney’s writing also feels more mature in this novel, and I really enjoy it. People engaging in Rooney discourse might be eager to say that it’s obvious that she is knowingly writing this for an adaptation, to be played out on the screen BUT THAT COULD NEVER BE ME BECAUSE I AVOID DISCOURSE AT ALL COSTS. What I will say though is that I really enjoyed her scene setting and descriptions. I think she’s really good at it, at making you see the scene as if it were layed out before you, which is something I appreciate.

The structure of the novel is something that I think will make or break the book for an individual reader – the book is set up in alternating chapters, with one chapter that is sort of epistolary, depicting an email between our two main characters, Alice and Eileen. These chapters were my favorite part, because they felt like essays on art, class, gender, climate change – you name it, if it’s a thinky topic, Alice and Eileen discuss it, and I really enjoyed these discussions. You might think that Rooney just uses these chapters as a soapbox for her beliefs, but that would mean that you are engaging in Sally Rooney discourse and that is a big no no. If you just look at it on its own, I think it’s a smart, self-aware, nuanced discussion of some important topics. These emails are also a way for the women to communicate about their day to day lives, and their budding relationships. However, the emails are always from the single point of view, which I think is a very interesting choice – it’s a way for the author to also show us characters from other characters’ perspective, which adds to the nuances of the character work at play here. The rest of the chapters are just again alternating scenes from either Alice or Eileen’s life. That set up worked wonders for me, and I think it’s why the book overall worked so well for me.

Sally Rooney continues to be a keen observer and someone who I think understands the interpersonal really well. I loved both Eileen and Alice, especially Eileen and I found them to be really nuanced, deeply flawed characters, with a dynamic that to me felt incredibly realistic. You might say that Alice, a young, hyper successful author whose A BIG DEAL is actually Rooney and how that might seem awfully trite but that would be a DISCOURSE ALERT and I also think it’s unfair. I would say that Alice is Rooney as much as all of her other characters are, it’s just that Alice represents the writing part. This book is also super sensual and sexy at times which was unexpected. And as I said, this is by far the best romance I’ve read in a long time and I was so surprised about that.

Finally, this book is much different than her previous work in tone – it feels less tense and more sentimental at times, but that’s why I enjoyed it. It sort of creeps up on you, because I had no idea I was gonna love it so much until it was over. I also highly recommend the audiobook (THANK YOU LIBRO.FM I WILL LOVE YOU FOREVER), the narrator does an amazing job, and that’s coming from someone who dislikes audiobooks.

Was this the best book of this year? WHO KNOWS, LEAVE THE DISCOURSE ALONE. It was my favorite book of the year so far – honest, nuanced, with flawed, realistic characters, and I highly recommend it.

3 thoughts on “No Discourse, Just a Review of Beautiful World, Where Are You by Sally Rooney”