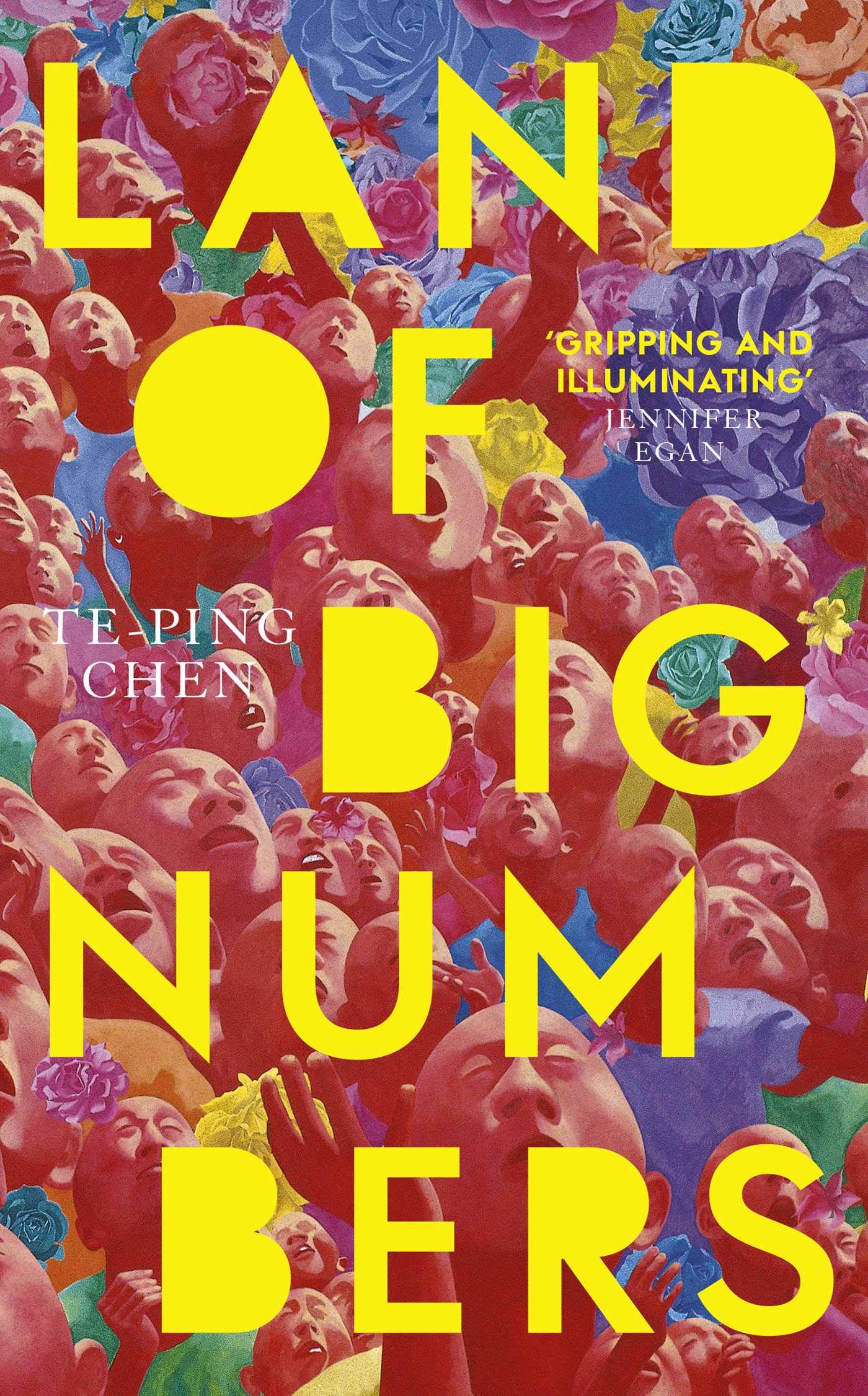 Goodreads blurb: A debut collection from an extraordinary new talent that vividly gives voice to the men and women of modern China and its diaspora
Gripping and compassionate, Land of Big Numbers depicts the diverse and legion Chinese people, their history, their government, and how all of that has tumbled—messily, violently, but still beautifully—into the present.
Cutting between clear-eyed realism and tongue-in-cheek magical realism, Chen’s stories coalesce into a portrait of a people striving for openings where mobility is limited. Twins take radically different paths: one becomes a professional gamer, the other a political activist. A woman moves to the city to work at a government call center and is followed by her violent ex-boyfriend. A man is swept into the high-risk, high-reward temptations of China’s volatile stock exchange. And a group of people sit, trapped for no reason, on a subway platform for months, waiting for official permission to leave.
With acute social insight, Te-Ping Chen layers years of experience reporting on the ground in China with incantatory prose in this taut, surprising debut, proving herself both a remarkable cultural critic and an astonishingly accomplished new literary voice.

This collection was one of my most anticipated reads – it’s a short story collection and it focuses on modern day China, and what predominantly caught my interest with this from the blurb: “depicts the diverse and legion Chinese people, their history, their government, and how all of that has tumbled—messily, violently, but still beautifully—into the present.“. Sadly, I did not find that the book delivered on that promise,  nor did I feel like it delivered much of anything for me personally.

The collection opens with Lulu, and it very much sets the tone of the collection, not only in me not disliking it, but more generally in what the collection as a whole is trying to do. Lulu read like a 2000s YA dystopian to me, and not a particularly good one at that. I found that this story, like the rest of them, tried really hard to make some sort of political statement, or to critically explore the political and social system of China. However, it did so very superficially, without any nuance and it glaringly felt like it was written by an outsider. I know this will probably invite some discourse in my comments, but I have to note that there is something particularly Western in the portrayal of China in here. And what I mean about that is that it did not feel authentic at all. I feel like something that is incredibly complex was diluted. I think there’s a lot to be criticized there, I just do not think that this book does so in a very successful way. I find cultural and political criticism very valuable and important, but for me personally this just failed to give any sort of complexity and nuance to the topics it tackles.

My second big grievance with this one is that these stories did not know what they were. On one hand, the author tries to deliver a sort of bigger societal critique, which I have already discussed, but then on the other, it tries to deliver on character relationships in particular and I think it gets lost between the two and ends up not delivering on either end. The stories were really unfocused and all over the place in their execution. The endings were particularly frustrating for me, because I kept waiting for a story to do what it clearly was trying to do, but then the stories would just end. I do not mind an open or messy ending at all, but I really mind when I cannot see what the point of a narrative is. I just do not see the point of a lot of these stories or what they were trying to say or do.

I will say that the stories that had some magical realism component were in my opinion more successful. My favorite story in the collection was New Fruit, which is about this miraculous fruit that evokes very positive feelings in people, only for it to hit a bad season and start having an opposite effect. But even with that story I felt like there was so much potential that was sadly never used to its fullest.

Looking at the early reviews, I think I will definitely be in the minority with my feelings on this, so I am looking forward to seeing what people think and I am still not sure whether or not to recommend this one. For me personally, it really did not work, but I do see the potential it has, so I would not be so quick to dismiss it.

I would love to hear from you! Sound off in the comments below!

* Thank you to the publisher for providing me an e-galley through Netgalley in exchange for an honest review.